The Top Viral Moments of the Decade 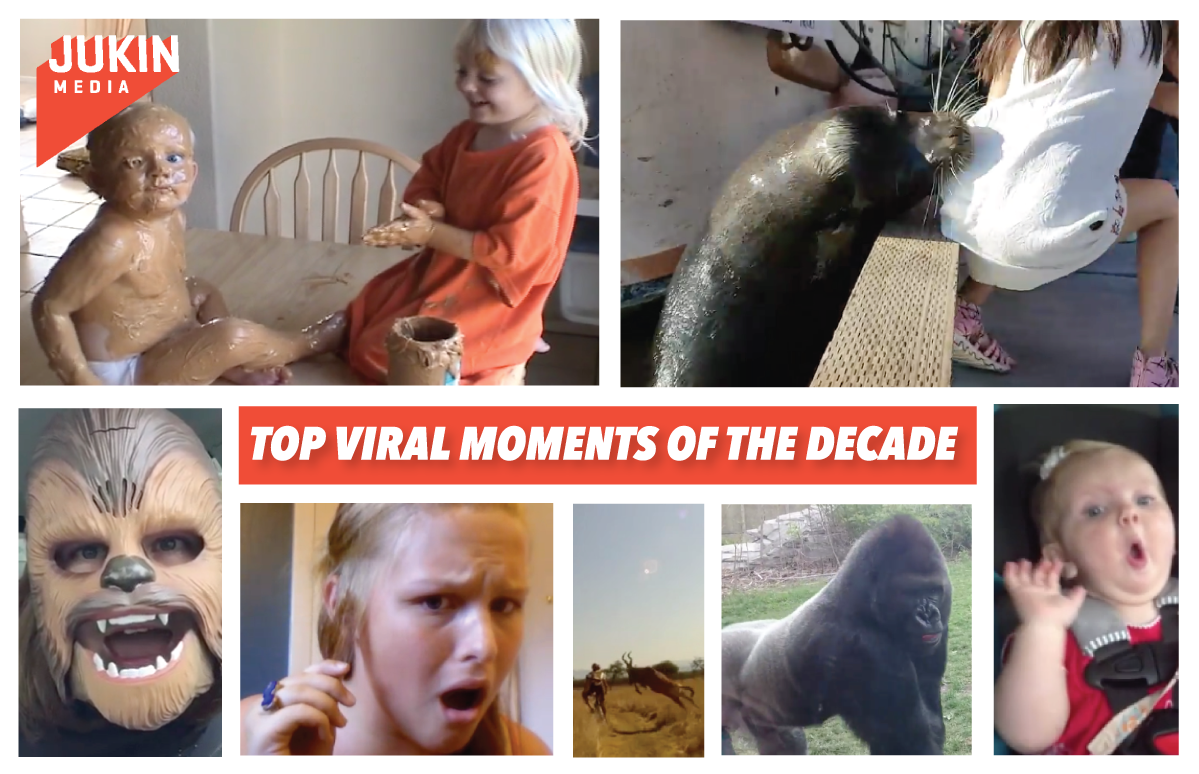 Over the last ten years, viral videos have become a source of entertainment for millions of viewers across the world and have captured the most widely-watched moments of pop culture. As the new year is well under way, here’s a look back at some of the top viral moments of the 2010’s, some of which come from Jukin’s massive 60,000 video asset library that holds the internet’s gold.

Since the company was founded in 2009, Jukin has taken its place at the forefront of finding the internet’s viral content, securing the rights, licensing to major advertisers and TV outlets, and giving everyday video owners a way to make cash off their viral content. Some of the decade’s best viral content includes:

All of these moments tell a compelling story, provoke an emotional response, and capture something the average viewer doesn’t see everyday. From bouncing back from an epic fail to appearing in a Pantene commercial like Tori Locklear, or getting an action figure modeled after Chewbacca Mom, Jukin has allowed ordinary people to have their own 15 minutes of fame.

Jukin believes that everyone can be a storyteller. We hope you enjoy reminiscing on these iconic moments from the past decade like we did. We can’t wait to see what happens this year.