My Video Went Viral: You Poked My Heart 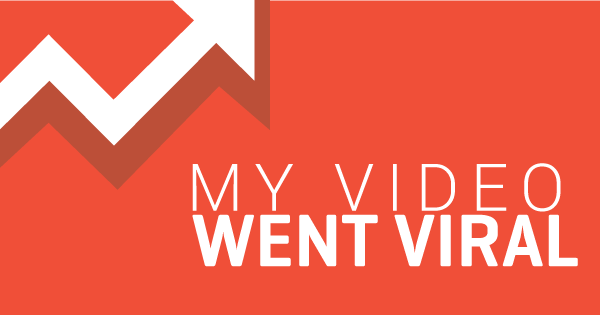 On September 24th, 2014, Tara W. of Harrison, Arkansas, uploaded a video of her three and a half year old son arguing about the weather with two of his classmates. She wanted to share the video with her friends and family.

Within 24 hours, the video had over 2 million views on YouTube. A week later, it had 9 million. Tara’s video had gone viral.

She received calls from almost everyone she knew to say they saw her son, Ty, on television.  Ty was interviewed by all kinds of shows from The Weather Channel  to the Today Show. Ty and his classmates had managed to poke the hearts of million of people throughout the world.

More than a year after she posted clip, the video has 16+ million views.

We recently checked in with Tara to get her thoughts on seeing her video on TV, her son Ty, and what it’s like to go viral.

Jukin: How did you feel when you watched your video back?

Tara:  I laughed about it and thought it was funny. I think the video is a perfect representation of my son. It is very funny that my son said she poked his heart because he has the biggest heart and a great personality. He can make a friend out of anyone from a newborn to an old person.

Tara: Well, I posted the video to Facebook first to show my friends and family and it exploded. It got about 2 million views, then one of my family members suggested I post the video to YouTube and I did. Everyone just went crazy. I’ve never experienced anything close to that. It was overwhelming. People were sending messages on Facebook, YouTube and calling me at home and at my business. It was crazy and I was in disbelief.

Jukin: Did you get to see your video on the news/T.V.?

Tara: Yes, The Weather Channel via Skype and some others interviewed us too. We made the local paper and National ones too. It was a cute experience.

Jukin:  What do you think about your video now?

Tara:   I still love the video. I watch it whenever I need a little pick me up or just want to laugh. It never gets old. I laugh even harder now.

Tara:  I wouldn’t do anything differently. At first, I was very overwhelmed. I wondered if this was worth it, but then I messaged from all over from people telling me how the video was helping them. Ty is a diabetic and has to have insulin. I found out the video was being shown at a Children’s Hospital as a teaching tool and at Convalescent homes to put a smile on the patient’s faces.  That makes all the craziness worth it. And I know that this will always be something the kids have to look back on.

Tara:  Yes, my friends and family were pretty excited. We were all happy about what was happening, but we all just couldn’t believe it. To this day, people still recognize Ty and come up to him.