One night, Chris and Nina decided to record Colby and Bleu’s infamous dinner run. After finding humor in the video, and thinking about it a little more, the two decided to continue recording the energetic pups and watch them grow up on camera. So, they began filming the dinner run periodically.

After awhile, Chris decided to string the footage together and uploaded it to YouTube. The video was an immediate hit, having received 1.1 million views by the following morning. Shortly thereafter, the adorable duo were featured on Time, E! Online, and Daily Mail, among other websites. Today, Colby and Bleu’s meta timelapse video has over 12 million views. The two pups are 19 months and are still as mischievous as ever.

Jukin: Describe your video. Why did it happen(background)?

Chris: Initially if I got home from before my wife, the dogs would be in our bedroom and I would prepare the dog’s dinner. Once everything was all set, they would come tearing around the corner from the bedroom into the kitchen heading for their food bowls. I thought it was hilarious.

Jukin: What made you pull out your camera to record?

Chris: My wife was the one who suggested that we film them, so I decided to keep filming them every couple weeks so that we could sort of see how they grow up and develop.

Jukin: How did you feel when you watched your video back

Chris: I didn’t really look at the footage beyond making sure it was in focus. I thought it would be really really cool to see the exact same framing and the same footage with the only thing changing is their growth and whatever dish towel my wife had on the oven. I finally decided to assemble them together and at the very last minute I decided to put how old they are. This was cool because people started pointing out which week was their favorite. 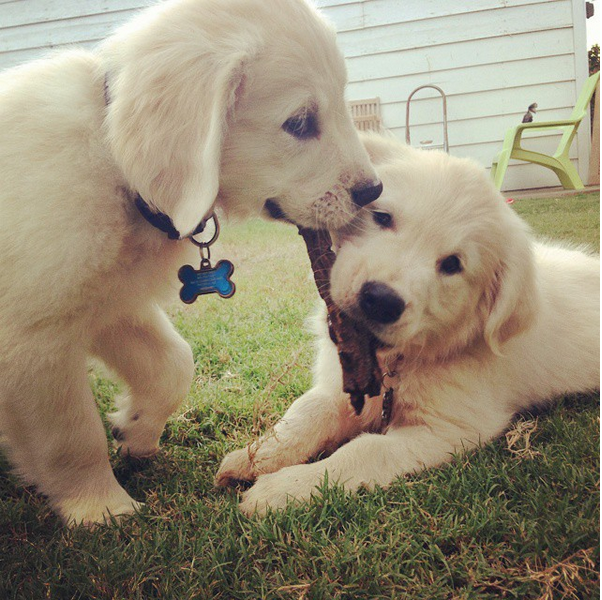 Chris: I checked it when I was getting ready for bed and it was at 45 thousand views. I check it again about an hour later it was at 250 thousand views and then I checked it in the morning and it was has broken a million. I just thought this is insanity. It’s the power of the internet. Your dogs can take off and become popular. Literally millions of people saw my video.  I mean I have 12.4 million YouTube views, but easily a couple more billion people saw it globally because of Daily Mail and some of the other international publications. It crazy how much coverage it ended up getting.

Chris: I don't think I realized there were companies that do what Jukin does. I didn't know how to gauge what Jukin was saying against what these other companies were saying, but you guys walked me through the process. The most important feature for me was that the content creator can’t claim the video portion if they use copyrighted music, which I did. I had to use to company like Jukin to do it. I didn’t realize I’d lose 100% of the revenue because of the claim. Because I work with Jukin I made enough

Jukin: Did you get to see your video on the news/tv? (if applicable)

Chris: My uncle called me up and said I think I saw your dogs on the news. A New York local ABC affiliate ran the video on their nightly news which was awesome and then it was on Good America the next morning. 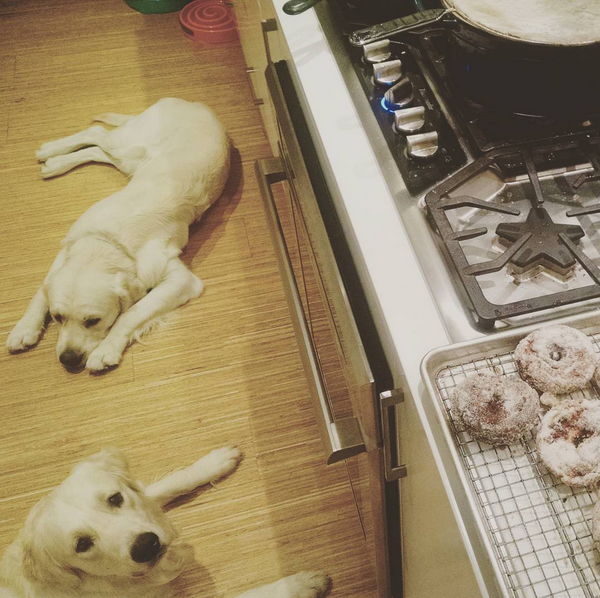 Jukin: What do you think about your video now?

Chris: I was really fortunate that I started the video at 11 weeks. If i had waited a week later, I don’t know if anyone would have cared if I shot a video from 18 weeks to 24 weeks. There’s just not enough of a difference.

Chris: Honestly, it would be to change the music. It really took a chunk of my revenue. The music worked perfectly for the video, but I might have changed it. Overall, I’m really happy with how the video ended up turning out.

Chris:  My advice is to sign with a company like Jukin immediately. My wife wanted to wait and I had to explain it to her. I said,  “You don’t understand. This video is going to be popular for about 48 hours and then it's going to go waaaay downhill very quickly. The internet turns so fast and so powerfully that you have to strike while the iron is hot. I’m glad I signed on early. Jukin handled the licensing deals for me and made sure I got paid for it. I didn’t have to deal with any of it.

Chris: It’s a great story, that's my favorite part. I do a lot of business development and networking. I tell people this story almost everywhere I go. It’s fun. They are really fascinated in someone who has had a video go viral. They are interested in how that whole process works.