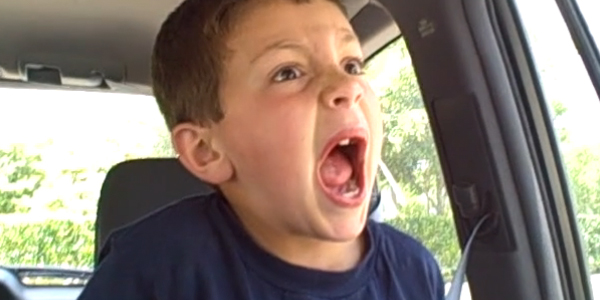 One Friday morning, David DeVore and his son David Jr. began running their morning errands. Their first stop was taking David Jr. to their family dentist. He had an appointment to get a tooth removed. After the surgery, the nurses at the dentist office came to David Sr. and said,

"Hey, he’s acting a little funny. You might need to come back, check on him, and help him out to the car."

David saw that his son was a little loopy and helped him into the car. Next thing David knew, he was recording one of the internet’s most noteworthy YouTube videos. After uploading the video to YouTube, David began to notice the number of views it was getting.

Before he knew it, David After Dentist had over 4 million views. The video was everywhere from the Today Show, to CNN, and was named one of Youtube’s best videos by TIME Magazine. Joseph Gordon-Levitt recreated the iconic video on Jimmy Kimmel Live! David was then cemented into YouTube history. David’s iconic phrase “Is this real life?” was given a permanent home on the stairs at YouTube Headquarters. To date, David After Dentist has over 134 million views and is known as one of the internet’s first viral videos.

Jukin Media sat down with David Sr. and Jr. to talk about what it’s like to have a video of this caliber.

David Sr.: David had tooth removed and the nurses came out said he was acting a little funny. I then got him strapped in the car and continues on with our day. I brought my flip camera to record the day and he was pretty wacked out.

"I had to no idea the video would be so funny and I would capture something so iconic."

Jukin: When did you realize you had a viral video?

David Sr.: I posted it on a Friday night and I didn't even think about it until Sunday. At that point, we had 10,000 views and we were so surprised by it. By Wednesday, we had 3 to 4 million and we knew something was going on. The word “viral video” was around, but it wasn’t as prevalent as it is now, but we quickly learned what that meant.

Jukin: How did you manage the volume of requests from press to use ‘David After the Dentist?’

David Sr.: It was pretty much sink or swim. There weren’t too many companies around like Jukin to help viral video owners out because we don’t really know how to handle it. We took the requests one at a time. It was kinda scary at first. We struggled a little bit and consulted a few friends ours that are attorneys. We were really feeling our way in the dark.

Jukin: Did you have any concerns about how big the video is?

David Sr.: Yes, I remember asking David Jr. if he was okay with me putting it out there. We thought  only friends and family were gonna see it and maybe a few other people. The first week was a little concerning because we weren’t sure if the criticism was directing at me (David Sr.) and if the popularity of it was because they were making fun of David. We had to contemplate what we were going to do. Once we saw everyone loved David, we decided to embrace it.

David Jr: Well, I got to go on a lot of trips. Sometimes people recognize me or my friends realize it’s me, but it didn’t really have that much of an impact on me.

David Sr: It’s always interesting to hear his side because he was only 8 when all this happened. We got to go on talk show. We got to travel to LA, New York, and Brazil for different events, but when we came home he was right back to being a regular kid. He went to school and played football.

Our family was hit financially by the real estate market back then and this financial benefit was a godsend. Making money on YouTube allowed us to maintain the lifestyle that we had. It could have been a lot worse if it wasn’t for the video.

Jukin: Do people recognize David? How do people respond when you tell them you’re ‘David After Dentist?’

David Jr: Sometimes my friends joke about it, but I honestly think they forget about it. When people find out, they are usually pretty surprised, but usually it’s my dad who tells people.

David Sr: Yeah, he’ll never bring it up. It’s kinda funny because in the beginning he didn't really care if people knew, but as he’s grown older, he asked to me to tell him before I tell people about the video. He didn’t really he like unexpected attention.

Jukin: What do you wish you knew before this process started?

David Sr.: In the beginning, I kinda overreacted to the criticisms and I took it personal and wanted to protect my kid.
I wish I knew more about the YouTube partner program before this started. Because we were one of the first people who wasn’t a “creator” to get it.

David Sr.: Well, it was a long process. We went to speak at an event and we met the CEO of Jukin there. For the next couple of months, we watched Jukin and saw how things were handled there. Then we had another conversation with him, loved the way Jonathan and the company keeps the integrity of the video and protects intellectual property for people like us.
We like that relationship was going to be a partnership and it seemed to be the right fit.

David Sr.: We knew that this whole thing is short lived and they seemed to be the easiest way to sell things quickly. We are testing a few things out to see if there is anything people would like to purchase from us.

We decide to give some of the proceeds from the purchases to Operation Smile, a charity that provides free surgeries for children and young adults in developing countries who are born with facial deformities, but we are focusing on something a little closer to home.

About six years ago, we lost my younger sister to stomach cancer and we’ve using that to donate to the Kristi Shore Fund. She left behind a husband and three small children so the money we are raising goes to help families who are in a similar situation. It makes us feel good to lend  helping hand and to honor her memory.

David Sr.: I would say to definitely to do your homework first, but get a deal with the video licensing company for you. Jukin was the best company for us. We feel like Jukin does a really good job. If you’re overwhelmed, they’ll be happy to help you out.